RECENT: Safe Food Matters has sued the Pest Management Regulatory Agency for a second time over glyphosate.  See our Update, description below, and the Court filings tab for the legal documents. 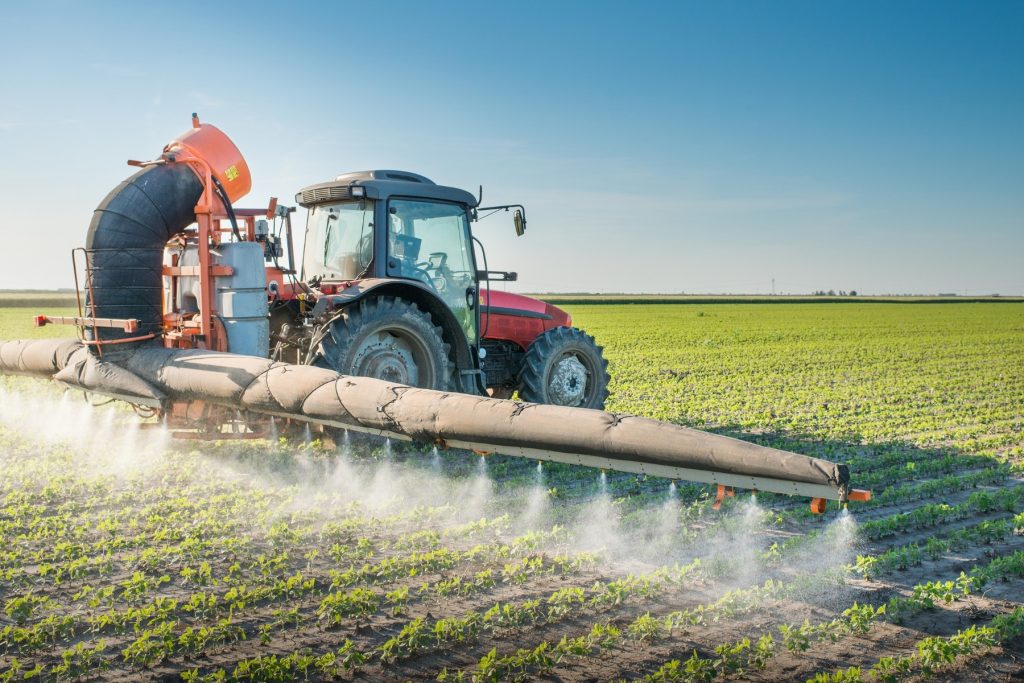 Glyphosate is the most widely used pesticide in the world, by far. It is sprayed on lawns, growing crops, fields, and roadsides, and also on Canadian forests. It works by killing good bacteria (which allows pathogens to take over), and also by binding minerals so they can’t do their job.  Glyphosate is now found everywhere: in our urine, mother’s breast milk and placenta, and in all areas of the environment, including drinking water and in forests far away from agricultural spray zones.

The problem with this is glyphosate is harmful.  It is toxic to freshwater and land plants, freshwater algae and marine/estuarine invertebrates and marine fish. [It also probably causes cancer in humans, according to the specialized International Agency for Research on Cancer. The cancer risk is underlined by the 2020 ATSDR Toxicological Profile on glyphosate of the US Department of Health, which found positive associations for lymphohematopoietic cancers.]

A reassessment of glyphosate is needed to get it off of our shelves, out of our environment and out of our food.

Safe Food Matters’ work targets the regulatory process surrounding the approval of glyphosate. We objected to the 15+ year Canadian re-registration of glyphosate, went to Court to get Health Canada to properly respond to our objections, and won! Health Canada’s Pest Management Regulatory Agency (PMRA) was directed  by the Court to follow its Guidance  and reconsider the objections. PMRA did  reconsidered them, but in our view did not follow the Guidance of the Court.

We also campaigned against a three and four fold increase of the Maximum Residue Limits of glyphosate allowed in certain foods. The increase was put on hold, and PMRA embarked on a “Transformation Agenda” to transform certain aspects of its approach to pesticides.

SFM filed a notice of objection (NoO) and asked for a review panel, PMRA dismissed the NoO, and SFM sued and ultimately prevailed in the Federal Court of Appeal.  PMRA must look at the NoO again and respond in a way that shows it is working to protect Canadians and the environment.

Because SFM raised scientific issues in its NoO that PMRA did not examine when it re-registered Glyphosate, SFM expects an independent scientific review panel will be established. This would be the first such panel in Canada, and it will be a public proceeding at which the public can make representations.

Below is a detailed summary of the history of the file. Other summaries and announcements can be found here:

History of the Court Case File

Since Glyphosate was registered for use prior to 1995, a review of its registration was to be initiated by April 1, 2005 (s. 16 Pest Control Products Act). The reviewing agency was PMRA.

The preliminary review took 10 years: it finished in 2015. It went final in 2017. By this time Glyphosate had been on the market for almost 40 years.

PMRA decided to allow Glyphosate products to stay registered in Canada until the next review in fifteen plus years. The Proposed Re-evaluation Decision (PRVD 2015-01), and the Re-evaluation Decision (RVD2017-01) both held that the PMRA’s evaluation of Glyphosate products indicated that they do not present risks of concern to human health or the environment when used according to label directions.

2017 Notices of Objection are Filed

Safe Food Matters and 7 other objectors were given 60 days to file Notices of Objection (NoO) to the registration decision, and they did. At the end of June, 2017 they filed their NoOs and asked the Minister of Health to establish an independent panel of persons to review the reregistration decision.

The NoOs presented scientific rationale and evidence to support their objections that the PRVD2015-01 evaluation of the health and environmental risks of Glyphosate was not valid.

PMRA took 3,883 hours to review the NoOs, and took a year and a half to provide a response.  The objectors wrote to PMRA in December, 2018. On January 11, 2019 PMRA finally responded.  It rejected the request for a review panel.

In its response, PMRA presented a form letter to each objector, indicating that the objections did not “raise scientifically founded doubt about the validity of [PMRA’s] evaluation of the health and environmental risks of Glyphosate.”  It then attached an appendix to each letter in which PMRA countered or ignored the science and arguments raised. The response to SFM’s objection is here: [Insert]. 20190117 PMRA Response to Notice of Objection

PMRA has not provided information to the objectors concerning the qualifications it required for the reviewing scientists.

Safe Food Matters and its president Mary Lou McDonald in February 2019 filed for the Federal Court to review PMRAs rejection of its NoO on the basis that the rejection was unreasonable. Here is the media release on filing: Going to Court! (2019-02-12)

They claim PMRA made many mistakes:

On March 13, 2020, Safe Food Matters filed for appeal of the decision of the Federal Court Judge.  It argued that the Judge erred in her approach of her review of the PMRAs decision to reject the NoO and that PMRA’s rejection decision was unreasonable. See: Safe Food Matters Appeals Decision (2020-03-21)

On October 7, 2020, Canadian environmental groups Friends of the Earth, Environmental Defence and David Suzuki Foundation, represented by Ecojustice, were granted status to intervene in the case.  The parties present to the court at the end of December, 2021.  See: Glyphosate in Court December 9, 2021 (In French: Le glyphosate en cour 9 décembre 2021).

A backgrounder to the appeal written in English and French in October 2021 can be found here: Backgrounder to Appeal/ /Document d’information sur l’appel

SFM was not impressed with the conduct of PMRA during the court case.  See this article pointing out SFM’s views that PMRA did not follow the letter or intent of the law, and that its behaviour was problematic: Safe Food Matters, But Not to Health Canada?  (2021-10-21) (And in French:  La salubrité des aliments est importante, mais pas pour Santé Canada? )

On February 2, 2022, the Federal Court of Appeal held that the rejection decision of PMRA was unreasonable, and that PMRA must revisit the NoO, and in so doing take into account the “Guidance” offered by the Court. This “Guidance” should prove useful to other regulators when responding to the public, which will prove useful in other cases.

The Guidance of the Court (para 65) said that when PMRA decides on the NOO of SFM for the second time, it should explain how it has regard to various factors, including:

PMRA took from February 2, 2022 until September 29, 2022 to respond to the NoO – approximately 8 months. It indicated the delay was because it was working on integrating the Court’s Guidance into the PMRA’s approach to future decisions in respect of Notices of Objection. And it decided to reject the notice of objection and not establish a review panel.

Well, the way PMRA “integrated” the Court’s Guidance was not very encouraging at all.  It completely ignored one of the Guidance points. It also had no regard to the purposes of the Act, which is to protect Canadians and the environment from the risks of pesticides, in the way it responded to many of the objections.

But, most significantly, PMRA established a standard for an objector that cannot be met – as is therefore completely at odds with the text and purposes of the Act.  It essentially rendered the NoO provisions of the Act inaccessible to the public.

In doing so, PMRA completely thwarted one of the Act’s “three pillars supporting the purpose of protecting public health and the environment” namely ”  and stated by the Court.  This is the third pillar of  “the opportunity for public participation to enhance decision-making and increase public confidence in it” .  We have no confidence in the the public participation mechanisms of the Act. Full Stop.

As a result, on October 31, 2022 we filed for judicial review of the decision of PMRA to reject our notice of objection.

The Court filings and documents on the case are below and on the Page “Filings (Court & Regulatory).

In Spring, 2021 PMRA proposed to increase the levels of Glyphosate in food. Safe Food Matters and other groups started a campaign to enlist public comments, and the response was overwhelmingly against the proposal.  As a result, the Government announced a “pause” on the increases, and embarked on a “Transformation Agenda” for PMRA.

The confidential test data for the proposal was provided to Safe Food Matters only after the public comment period had closed, and SFM discovered significant shortcomings in the data.  SFM provided its comments explaining these concerns to PMRA in April, 2022 (pursuant to an agreed upon extension).  PMRA must publish its response to the comments if it ever increases the MRLs under the proposal.  See: Glyphosate MRL Proposal Not Based on Sound Science. (And in French: LMR de glyphosate non fondées scientifiquement)

The problems include: overestimation of maximum residue limits (MRLs); different exposure scenarios than in Canada; outdated, irrelevant dietary consumption data; and ignoring data that showed residues increase, instead of decrease (as was assumed), following the spray date.

Safe Food Matters also provided comments to the consultation on the “Targeted Review” of the PCPA launched in March, 2022. The comments, and a summary of them, can be found here: Comments on Targeted Review of PCPA.  Smaller posts about the three objectives of the review are here:

For easy access, the filings on these work streams are also below, and in the Filings (Court and Regulatory) link on the home page:

And the submission is here:

What You Can Do

*Sign the PETITION to ban glyphosate and reduce pesticide use.

* To avoid dietary exposure, eat organic foods.  They are not sprayed with pesticides.

* In particular, avoid eating seeds, beans, kernels – any seed of a crop – that are not organic. Because glyphosate is systemic, it moves through the system of the plant right to the seed.

* Because glyphosate chelates minerals, replace key minerals in your body. These include magnesium, sulfur and B12.  See literature on this subject, including: