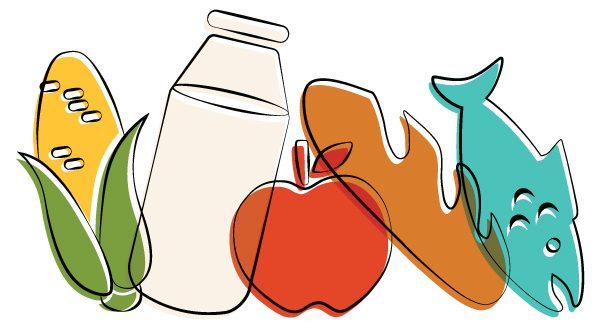 February 2, 2022. The Federal Court of Appeal has issued a decision in favour of Safe Food Matters in a court case concerning the pesticide glyphosate. The decision remits the matter back to the Pest Management Regulatory Agency for reconsideration, and offers strong guidance to PMRA to avoid “the endless merry-go-round” of court applications and reconsiderations.

In 2017, Safe Food Matters (and others) filed objections to PMRA’s decision RVD2017-01 to re-register glyphosate in Canada, and PMRA rejected the objections in 2019 with a form letter and dismissive reasons. Safe Food Matters filed in Federal Court, lost, then appealed. The win means a review panel could still be struck to review RVD2017-01 and recommend that it be confirmed, reversed or varied.

When we started this case, we said ‘we believe in the law’, and our belief has come true. Legal activism works! A huge ‘thank you’ to our fantastic counsel, Andrea Gonsalves of Stockwoods, and our GoFund Me and other supporters.

This is a very good day – for us, for Canadians, and for jurisprudence. The case sets out guidance for PMRA to follow in its decision-making, and requires them to provide thoughtful responses to the objections of the public; both of which are huge improvements.

Hopefully PMRA gets it right the second time round and comes to the decision that a review panel is warranted. There is still a chance for a happy ending on the Canadian chapter of this pesticide, a story which is being told all around the world.

The Court decision comes at a time when all eyes are on the PMRA. In summer, 2021 PMRA put a “pause” on proposed increases to the limits of glyphosate (and other pesticides) allowed on food because of public outcry, and now PMRA is working on a “Transformation Agenda” to address concerns.

The Court decision affects these PMRA initiatives. It calls into question whether PMRA can go ahead with increasing the limits of glyphosate on food, given the possibility that a review panel could recommend changes to RVD2017-01 (which provides much of the scientific rationale for the proposed increases). It also remains to be seen how, or whether, PMRA will incorporate the Court’s considerations on the review panel into PMRA’s Transformation Agenda.

Three public interest groups intervened in the case, and the Centre for Health Science and Law went all the way to the Supreme Court of Canada to ask to intervene.  The three interveners were represented by Ecojustice, and they were: David Suzuki Foundation, Environmental Defence and Friends of the Earth Canada. All the groups were pleased with the decision.

Filings: Links to the Court filings and decision are in this article by Friends of the Earth. Links to the Notice of Objection and PMRA’s response are here.

Safe Food Matters Inc. is a Canadian non-profit corporation, founded in 2016, dedicated to safe food and a safe environment. We work to improve regulatory policies to better protect human health and the environment.

Our current topics are glyphosate, chlorpyrifos, and GM (genetically modified/edited products).  To see our collections on a topic, click on the topic link in a post or on the sidebar.

We are going to court over Health Canada’s 2017 re-registration of glyphosate. Please help with legal costs by donating through direct transfer to safefoodmatters@gmail.com or through our GoFundMe link. Every little bit helps! Thanks.